“We can only have insight and wisdom when our vision is clear. 2020 is the year for that vision. For generations into the future, people will remember you as heroes and sheroes for your sacrifice and your vision.”
–”Commencement talk” from Sister Boi Nghiem to class of 2020

“Historically, pandemics have forced humans to break with the past and imagine their world anew. This one is no different. It is a portal, a gateway between one world and the next. We can choose to walk through it, dragging the carcasses of our prejudice and hatred, our avarice, our data banks and dead ideas, our dead rivers and smoky skies behind us. Or we can walk through lightly, with little luggage, ready to imagine another world. And ready to fight for it.”
–Arundati Roy

A thread of wisdom is weaving its way through all the pandemic confusion and fear: this time, this Covid-19 time, is giving each of us (and humanity as a whole) the chance to reinvent ourselves. From the social and political systems that we have taken for granted, to the patterns of inter-personal relating, to the understandings of who and what we are and what we are here for; everything is up for review. What better time than now.

Spiritual teachings have always offered us the pathways and methods for seeing more deeply into ourselves, beyond, above or behind our ego personality, to a truer, more awakened way of Being. We live in a time that allows us to hear the voices, and sometimes see and be with, people who have devoted their lives to these teachings from the different lineages of the world . They are able to share with us what can truly be called medicine for our minds and hearts. What better time than now.

Responding to the needs of the many people seeking solace in their grief, fear, anger and confusion, there are now many daily offerings of guided meditations by experienced teachers. I’ve gathered together some that have come my way and want to share them with you. Please save this as a resource and share widely. What better time than now to deepen your practice of meditation and attunement with the true nature of the one you are, and to find the peace and strength to face all that is arising around and within you.

May you and all beings be healthy, safe, happy and free.

Sister Boi Nghiem lives at Magnolia Grove Monastery in Batesville, Mississippi, (one of several monasteries in the world founded by Thich Nhat Hanh. In this video “dharma talk” we have a beautiful expression of the consciousness of wisdom, happiness and compassion that comes from devoted meditative practice. Addressed to graduating seniors, but relevant to us all:
https://www.youtube.com/watch?v=yhipUITeVWM

Sharon Salzberg is a widely known and beloved teacher of meditation. She has been offering free teachings online during the pandemic and has generously created a site with many other free or low cost teachings available on a daily basis. This is an amazing resource:
https://www.sharonsalzberg.com/covid-19-resources/?fbclid=IwAR1xRjD4Pkdl9iuk_aEiulIO4rHKwXZYgsSLVijiIc0fZXh-Jfg9zdi5dLo

Krishna Das is a world traveling chant master and teacher of meditation. He is offering what he calls “Chai and Chat” sessions online. Some are for a nominal fee. (Everyone still has to pay rent). This link is for one on June 6th, and you can find others dates from there.
https://www.eventbrite.com/e/group-chainchat-with-krishna-das-india-tickets-106136920386?aff=enews

Dr. Tom Pinkson (Tomás), offers a weekly online talk and exchange, “Live Love Now – Soul Support in the Time of Covid-19”.  Tomás apprenticed for many years with Huichol shaman and presents prayerful, inspiring messages of  “wisdom guidance from Great Spirit to enrich your life.” This is a Facebook gathering:
https://www.facebook.com/groups/874420176244116/about/

Jonathan Gustin, is the founder of Purpose Guides Institute and its new projects: Climate Change & Purpose, and Pandemic as Practice.  At the following link is an interview with Joanna Macy on these subjects and you can get more information about his online meetings by sending a message toinfo@purposeguides.org
https://www.purposeguides.org/free-webinar-pandemic-as-practice-1#unique-id

By the way, Sharon Salzberg, Tomás Pinkson and Krishna Das each are featured with extensive interview in  Crossing the Boundary – Stories of Jewish Leaders of Other Spiritual Paths, available at CrossingTheBoundary.org. 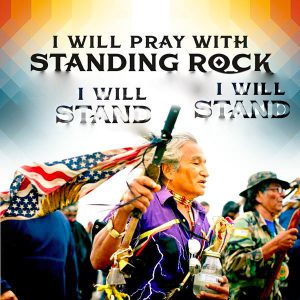