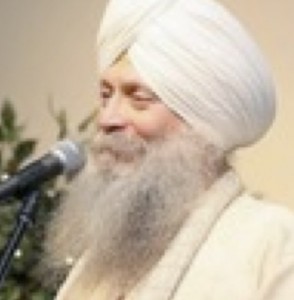 Born in 1939 in the Bronx, NY, the boy who was given the name Bertram Kanegson, decades later became Sat Santokh. He’s been an activist most of the last 50 years, a teacher of Kundalini Yoga for the last 40, and for a while, the manager of the Grateful Dead. Speaking of the early development of his journey, he says, “At age six, I knew what the Holocaust was. I lost almost all of my large extended family except for two or three. I remember the Movietone news in which we’d see images from the concentration camps. They were burned into me and shaped my life. I spent much of my life being angry with God.

Do you think that the world would be better off moving towards where people no longer hold to a particular collective identity?

Every religion has a beautiful and noble spiritual side. But most people are entangled with their pain and fear. For me, the different fundamentalists around the planet are all the same. There is no real difference between Hindu, Sikh, Jewish, Islamic and Christian fundamentalists. They are all full of fear and anger, and they don’t understand at all what religion is really about.

I don’t think people need to give up being Jewish, or Hindu or Christian or any religion. But if they understood and really followed their practices, the world would be a better place.

What do you think the medicine is for healing confilct?

Actually, I think one of the things that needs to change on the planet is the way we raise our children. There are 10 or 15 countries in Europe where it’s illegal to beat a child. I’d like to see all religions take that stance. It’s probably my next project. I don’t expect to accomplish it in my lifetime. There are good people working on it, such as Alice Miller, who first wrote about the German experience and started the “Save the Children Foundation.”

Also, we need to learn to listen and talk like civilized people and work out conflict. When you are sitting in fear, it’s hard to do. Israel is like a powder keg of fear. The people may not go around thinking about it, but it’s so small and vulnerable that there is not a single person who cannot imagine Israel just disappearing from some great act of violence. They want to hold on to their place, though it’s a fear-based way, not in a long term, conscious way, of doing that. Even though we have fear, we need to learn to transcend the fear and look at what really needs to be done.

There’s very interesting work going on in Israel related to all this, but it’s not reached a position of policy making.

God is so central to most religions. What does it mean to you?

I know that in the Jewish tradition, there are wonderful discussions involving the famous leading rabbis telling about God. One transition I made was that I went from my head to my heart. I think with my heart, not my head, about my practice. Practice is experiential, not intellectual…….There is something or some “one” there, who I don’t understand. Neither male, nor female, infinite.

Sat Santokh Singh Khalsa is a Sikh teacher of the 3HO International, founded by Yogi Bhajan. He is a long time peace activist as well as teacher of Kundalini Yoga. He has dedicated his life to ending war and helping people heal from trauma.

Information about his life and current teachings is available on his website: http://satsantokh.com/

He has developed “Creating Our Future – Healing the Wounds of Life” workshops for personal and planetary healing: http://satsantokh.com/creating-our-future/