I have felt the pull of many identifications in my life, each informing and shaping me. Naturally, there was my Jewish family and growing up in a largely Jewish community; I was a good Jewish boy. In college, for a short while, I identified with the brotherhood of a (Jewish) fraternity. I left that as my mind began to challenge the conventional thinking and I became an activist with the anti-war and civil rights movement in the Sixties, traveling to Cuba and organizing on and off campuses in the South. My experiences with psychedelics turned me around and I moved to California to live in Haight Ashbury as a hippie flower child. There, I became increasingly interested in spirituality and entered into a disciplined esoteric study and practice with the School of Actualism focusing with Agni Yoga. After ten years I gradually became aware of a cult-like mindset infecting the spiritual work of our group and I left to become a psychotherapist and began to explore the world of shamanism.  I currently live in the lower Hudson Valley of New York and share the integration of meditation, Agni Yoga, shamanism, psychology and political action.

In the book, Crossing the Boundary, I tell my story in more depth and I offer some snippets from that chapter about my life below. But the primary focus of Crossing the Boundary is the theme of stepping outside the traditional limits of the identity absorbed from birth family and discovering the unfolding of one’s true nature and path. This was the journey of the fourteen spiritual teachers I interviewed and it was truly an immense joy and privilege for me to speak with each of them and present some of their thoughts.

I wrote this book after many years of struggling with the question of what Jewish identity meant to me and what role it plays in my consciousness and behavior. I wondered if the Jewish aspect of my being obligates me or calls me towards some special responsibility to the Jewish people, the religion, or the nation claiming to be the homeland of the Jewish people—Israel. I wondered how other Jews who adopted non-Jewish spiritual paths have navigated these questions.

I’m aware that many Jewish people struggle with similar questions, but also that it is in essence, not simply a Jewish issue. Anyone seeking to open to their soul’s calling, comes to question the role of the traditions and beliefs of their parents and culture of their birth. I have learned a great deal from the path and ways of indigenous people and I understand the importance of honoring one’s ancestors. Yet, the question remains, how do I best honor my ancestors and also honor my souls calling in this life?

Speaking with and working with the stories and teachings of the fourteen individuals in Crossing the Boundary has brought me to greater clarity and I hope it does for you as well.

(passages from Crossing the Boundary)

Soon after my birth, I was given a name and began absorbing the sound of that name and a 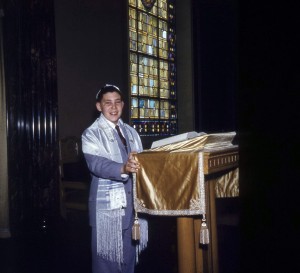 number of other impressions and notions which gradually became who I thought I was, my sense of identity. Eight days after my birth, in accordance with an ancient tradition deeply embedded in Jewish tribal consciousness, a deep imprint was made on my body and psyche—I was ceremonially circumcised at a bris. Through this ritual, a choice was made for me to enter into a contract, a covenant with God, as understood by the Jewish people.

At certain times of year, after school, I walked through the neighborhood with a blue and white can, asking people to give to what I thought was the J&F. It was actually the JNF (Jewish National Fund), which raised money for Israel. I didn’t go up to the (non-Jewish) homes. I learned to count the money and was delighted to paste little paper leaves on a picture of a tree that represented a tree that would be planted in Israel to make the desert bloom.

Three times a week, after public school, I went to Hebrew School where we learned the Hebrew alphabet and they tried to teach us the Hebrew language. We read Bible stories in which Jewish heroes defeated giants and massive armies and we learned about our holidays, which seemed mostly about Jews defeating giants and massive armies. We sang the Israeli national anthem, Ha Tikvah, at gatherings of the school with the flag of Israel next to the American flag.

(About being on a kibbutz in Israel in 1965, age 21)……. although I now thought of myself as “a member of the whole human family,” I’d been basted in the core belief that Jews were really the good people and Israel was a nation steeped in that goodness. Likewise, although racism concerning Arabs had been instilled in my consciousness, it was stuffed below the surface of my awareness. Through Orwellian double-think, I could see myself as a universal citizen of the world, free from biases and stereotypes, and yet hold visceral negative feelings towards Arabs. Likewise, as a liberal, I knew that Jews should make peace with the Arabs. But the basic narrative about the history of the creation of Israel and how the Arabs were out to kill us, as told in the movie and book Exodus, was the gospel embedded in my heart.

Interestingly, in Israel, not everyone thought that way. Leftist literature there was as critical of the Israeli narrative as any I’d seen of U.S. history amongst the left in America. Such pamphlets and newspapers quickly came into my hands. I learned that Arabs were severely discriminated against within Israel and that peace opportunities were repeatedly spurned. More disturbing, however, was that most of the Israelis I spoke with expressed attitudes towards Arabs (even Arab Jews) that reminded me of white attitudes towards Blacks in the South from which I’d just come. The extremity of their views shook me to re-examine my understanding of what was going on and research further the history of the creation of Israel as a nation state.

(reflections from during the Sixties as a movement activist)

Where was my Jewishness during all this? Certainly not in my thoughts. On rare occasions, some of the movement activists would notice, with a laugh, the significant number of Jews in the struggle. The moment would pass, perhaps with some embarrassment that it might have some meaning, and we’d go on with the fight. Much later, I saw the influence of hearing, year after year after year, the Moses story. Our family would read the same passages from the Passover Haggadah which told the tale of Moses’s mission to free his people from slavery, helped by the Lord “with a mighty hand and an outstretched arm.” I am grateful to this day for having received this powerful transmission.

(about the introduction to Agni Yoga with Ralph Metzner while on LSD, 1969)

—This was my first introduction to the light-fire meditation practice that was to become the core of my spiritual life for the next 45 years. I wanted more right away, and after the group session I asked to talk with him. Instead of talking, he took me to his cabin and led me through a private session in which I felt all the negativity, doubt, fear, shame and pain that I’d been carrying cleansed from my body, cell by cell. I felt clearer than I’d ever felt, confident and certain that this was the path for me to follow.

(from a journal entry about a vision quest in the Southern California desert, 1982)…. 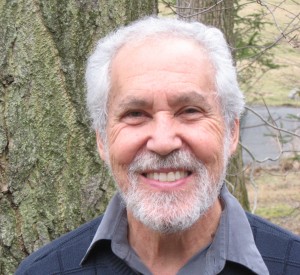 “…. with youthful intellectual idealism, I’ve considered myself not really a Jew, but a “human being,” or a “spiritual being,” no longer connected with the Jewishness of my parents. Here I am, guided by teachers into the desert wilderness, fasting on a vision quest. Into it a few days, feeling hungry, hot and tired, wandering with an internal sense of being lost, lost in life.

There came what was, at first, a familiar body sensation. Then a growing feeling, a heart-warming feeling and finally a thought. This thought went something like: ‘This wandering, this being lost in the desert is familiar because I am a Jewish man! This is what my ancestors did!’

This realization filled me with energy and strength. I began to dance around, no longer tired.”

For more information on the work of Alan Levin, see: www.SacredRiverHealing.org

Alan’s blog at FOR, (Fellowship of Reconciliation): http://forusa.org/search/node/Alan%20Levin%20blog