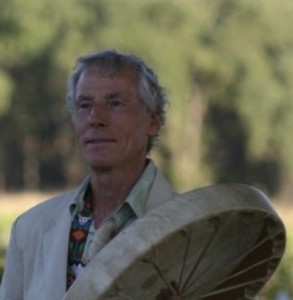 What are some recollections of the sense of being Jewish in your childhood?

There was a sense of otherness. When we moved to Maryland, after growing up in New York in a biracial community and then L.A., we were in the South, it felt to me like the deep South. Previously, I had never heard people use the word “nigger” before in my life. My mother had told me never to say that word. In Maryland, almost everyone used it all the time, along with discriminatory jokes about “kikes” and “Jews.” I remember one day, when I was eight or nine, I was hiking with some friends in the woods and we got to a country club and saw a sign that said, “No Colored, dogs or Jews!” My dad told me about certain neighborhoods that had a “covenant” to not let in any Jews.
I think that not feeling safe is in our gene pool, because of our history and the violence directed against Jews around the world through the ages. I think it’s in our collective unconscious as Jews.

(Speaking of his Jewish roots)
Quite a while ago, I was reading about the prophets and I realized that my ancestors did exactly what I’m doing with my vision quest work. I realized that I am carrying on part of that tradition. They went out in the desert and fasted up in the mountain for vision, guidance and communion with Spirit. That’s exactly what I’ve been doing now for thirty-eight years. I feel that I’m carrying on a primal root of Jewish spirituality going back to the very beginning, the visionary tradition that went out into nature in solitude and sought communion with greater power, then brought the fruits of that encounter back to share with their people.
So I feel huge connections. I feel like I’m carrying on the deepest roots of my people and that’s huge for me (tears). It’s very important. Later on, I became aware of Gershon Winkler’s1 teachings about the shamanic roots of Jewish mysticism, and that confirmed what I’d been feeling.

How do you see monotheism as related to the shamanic path?

I see monotheism as a manifestation of patriarchal his-tory and worldview which is a relatively recent event in the scope of human history. My understanding is that in the original language of the Old Testament the deity was not expressed as masculine. That was a later occurrence formulated by a male-dominated priestly caste. My direct experience tells me that all of creation has consciousness within its energy form, and has spirit and intelligence as well. Human intelligence is relatively recent on the scale of evolution, but non-human intelligence is part and parcel of the interfaced universe or universes in which we are embedded. As a spiritual man who is Jewish, I worship both the Creator and the Created. What mainstream Jewish thinking and religious practice has to say about the matter does not set my course in life or in my beliefs; my direct experience does that.

Tom Pinkson, a.k.a. Tomás, has travelled the globe for over 45 years from the Amazon to the Yukon, from Polynesia to South East Asia, throughout the United States and Europe studying indigenous wisdom ways, including completion of a 11 year apprenticeship with Huichol shamans of Mexico.

He developed a successful wilderness treatment program for heroin addicts in the early 70’s, helped start the first at-home Hospice program in the United States and has worked with children and adults facing life-threatening illness. He has been leading vision quests and creating meaningful rites of passage ceremonies into puberty, marriage childbirth, healing and aging.

Books: Fruitful Aging: Finding the Gold in the Golden Years, and, Shamanic Wisdom of the Huichol: Medicine Teachings for Modern Times.